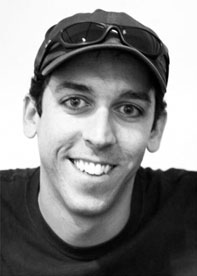 Damon Lopez-O'Dwyer is the Head Pro and Director of Tennis at Triangle Tennis Club. He has been with Hamptons Tennis Company for over 20 years and has vast experience teaching players of all ages and abilities. Damon played college tennis for Hamilton College, a member of the NESCAC conference, where he was captain of the team. Damon has worked at top tennis clubs all over New York and in the UK at the Cambridge Lawn Tennis Club in England.

Since 2005 Damon has been the Head Coach of the boys Varsity Tennis team at the Trinity School in New York––a team that has won four consecutive Ivy League titles and in 2016 won the Mayor’s Cup as the top team in the city. Damon has worked with Division I and top Division III recruits, sending players in recent years to play for college programs at Dartmouth College, Johns Hopkins University and Williams College. Damon spends his offseason as a freelance writer and has published articles in Inside Tennis Magazine.

Ron Ristroph is pleased to be back at Triangle Tennis Club for his twentieth summer season in Southampton. Ron is a full-time tennis pro, and is ranked nationally as well as in California. As the former Director of Tennis at the Hotel Twin Dolphin and as a current Pro, working with all the major hotels and resorts in Cabo San Lucas, Mexico during the winter months, Ron has made tennis possible and more enjoyable for hundreds of people over the years. Unlike many tennis instructors, Ron came to tennis later in life and is able to share his passion by accelerating instruction so that people, regardless of their age and playing level, can improve their game in the shortest amount of time and use the right technique. He has helped philanthropists Bill and Melinda Gates, guitarist Bob Weir of the Grateful Dead, and Andy Summers of the Police to name just a few. The best part of teaching for Ron is helping people enjoy the game of tennis more and to witness the joy they experience when realizing their potential. 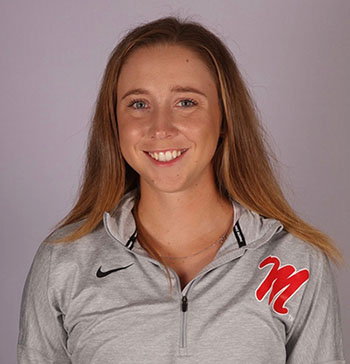 Anna Vrbenska is from Prague, Czech Republic. She started playing tennis at age 5 and began her competitive career at age of 12. Anna was a nationally ranked top 10 junior in Czech Republic and before going to college, reached a WTA ranking of #954 in singles and #789 in doubles.

Anna was recruited by University of Mississippi, a Division I school. In 2018, Anna and her team attained the school’s historic high ranking of 3 in the nation, making it to sweet sixteen at NCAA Tournament. That year, Anna was nominated for the ALL-SEC Second Team award. This year, Anna achieved a #20 ITA ranking in doubles and has just earned her 150th win in her college career.

Anna is majoring in Sport Recreation and Administration with a minor in Business and Psychology. She has been a hitting partner for sisters Karolina and Kristyna Pliskova, ranked top 10 and top 100 WTA and for her brother, ranked #318 ATP. Anna has coaching experience at a club in Switzerland and this summer is excited to share her knowledge and experience at Triangle Tennis Club! 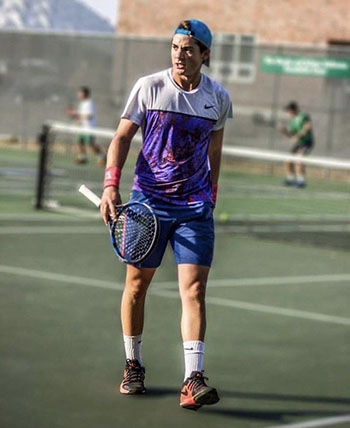 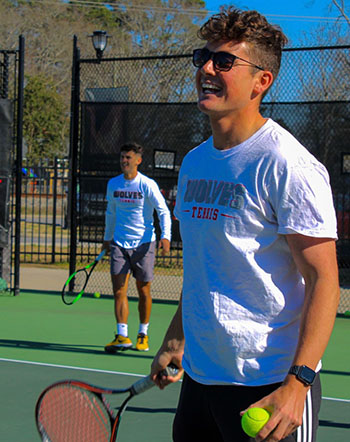 Elias was born and raised in La Rioja, Argentina. He was introduced to the sport of tennis at the age of 8, and went on to play national competitions, ITF events and COSAT tournaments, reaching a ranking of #30 in Argentina and #2 in his state La Rioja (U16).

In 2015, Elias committed to William Woods University in Missouri where he helped the Owls to a program high of NAIA #5 ranking. Elias was a three-time Conference Champion (AMC Conference) and made 3 national tournament appearances with the OWLS.

Elias graduated in 2018 with a double major in Finance and Accounting. After graduation he became the tennis graduate assistant for Heidelberg University in Ohio where he coached the men’s and women’s tennis teams and earned an MBA degree.

Elias has experience working as a teaching pro at various clubs in California, Pennsylvania, and New York . In January 2021, he was hired by Newberry College in South Carolina to be the full-time assistant coach for the Men’s and Women’s tennis team. Elias is certified by the Professional Tennis Registry (PTR) and a member of the intercollegiate tennis association (ITA). 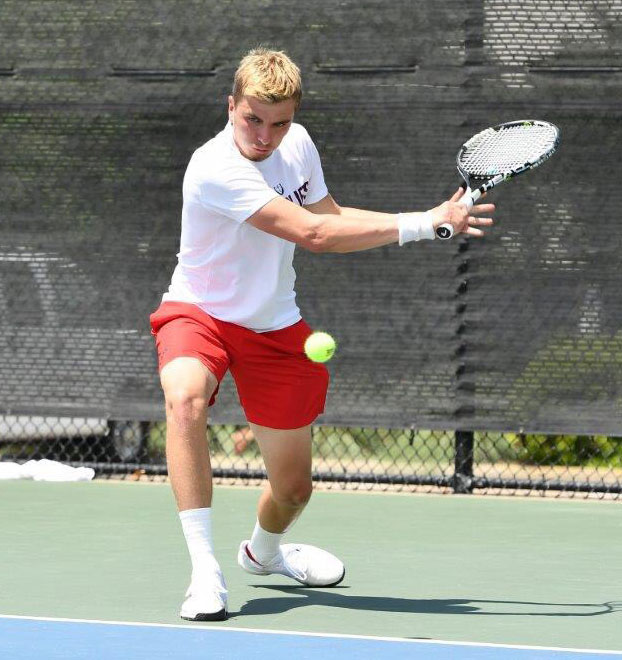 Szabin Pusztay was born in Budapest, Hungary where he started playing tennis at the age of 4. He began his competitive career at the age of 9 and was ranked in the top 5 nationally in Hungary in the U12s, U14s, U16s and U18s. Szabin was recruited to play college tennis in the United States, first for Alabama State University where he was named to the SWAC All-Tournament Team in each of his two years with the program. At Alabama State he was both a conference champion and conference runner-up. Szabin then went on to play for Newman University where he was a two-time conference finalist and named to the Heartland All-Tournament Team. In addition to his collegiate tennis accomplishments, Szabin distinguished himself as a student-athlete by making Dean’s List in all four years of his education. As a coach, Szabin has worked with players of all ages and abilities both in Hungary and in the United States. Recently he spent a season at Future Stars in Purchase, NY where he worked with both recreational level juniors and tournament players. He has also been an assistant director of the junior development program at Brookhaven Country Club. 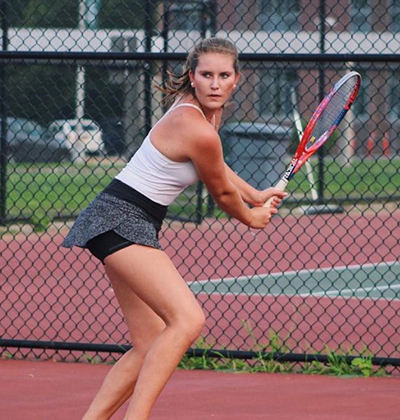 Anastasia Koniaev is a Siena College student who has been playing tennis since she was four. She is a Long Island native and first-generation American whose parents came from Russia. In her junior career, Anastasia was a 5-star recruit, placing in the top 75 in the United States and top 5 in New York State. She also led her varsity tennis team from the lowest conference to the highest, playing singles from 7th grade to 12th.

Anastasia just finished her junior year at Siena College - Division 1- where she is playing on both the singles and doubles lineup. She helped her team win their conference tournament in 2021, later competing in the NCAA tournament. Anastasia is currently studying Pre-Law, double majoring in Philosophy and Political Science.

Anastasia has coached people of many different ages and levels throughout her career. From coaching at tournament training centers to various country clubs, she is experienced in improving different skills sets.

Anastasia can’t wait to meet you on the court and improve your game!